Recently doing a performance upgrade for the Newbe.Claptrap , introduce the basic usage of the dotTrace software used in the process to the developers.

dotTrace is Jetbrains' profile software for .net applications.Helps with diagnostic analysis of time-consuming functions and memory problems in your software.

In this article, we will use Jetbrains' dotTrace software to analyze some known performance issues.This enables the reader to master the basic skills of using the software.

During the process, we will be paired with some classic interview questions to demonstrate the use of the software step by step.

This example uses Rider as the IDE for the main demonstration. Developers can also do the same with VS and Resharper.

How to get dotTrace#

dotTrace is paid software.Currently, the software directly as long as dotUltimate and above licenses are purchased.

Of course, the software also includes a trial version, which allows you to start the 7-day trial for free.Jetbrains' IDE purchases are more than a year old to get the latest version of the current permanent use.

Or you can buy Jetbrains family bucket license, all at once.

Next, let's take a look at how to use dotTrace through some classic interview questions.

When to use StringBuilder#

What a classic interview question.Friends who can see this article, I'm sure you all know that StringBuilder can reduce string direct stitching fragmentation and memory stress.

Are we real?Will it just the interviewer who wants to embarrass me and bully me with asymmetric information?

It doesn't matter, next, let's use dotTrace to analyze a wave of specific combination code.See if using StringBuilder has reduced the pressure on memory allocation.

First, let's create a unit test project and add one of the following test classes：

Then, as shown in the following image, we set the profile pattern in Rider to Timeline.

TimeLine is one of several patterns that provide a more comprehensive view of how each thread works, including multidivided data such as memory allocation, IO processing, locking, reflection, and so on.This will serve as one of the main patterns used in this example.

Next, as shown in the following image, start the profile for the corresponding test with a small icon on the left side of the unit test.

After you start profile, wait a while for the latest generated timeline report to appear.The location of the view report is shown below：

So first, let me open the first report and look at the report generated by the UsingString method.

As shown in the following image, select .Net Memory Allocations to see the amount of memory allocated during the test run. 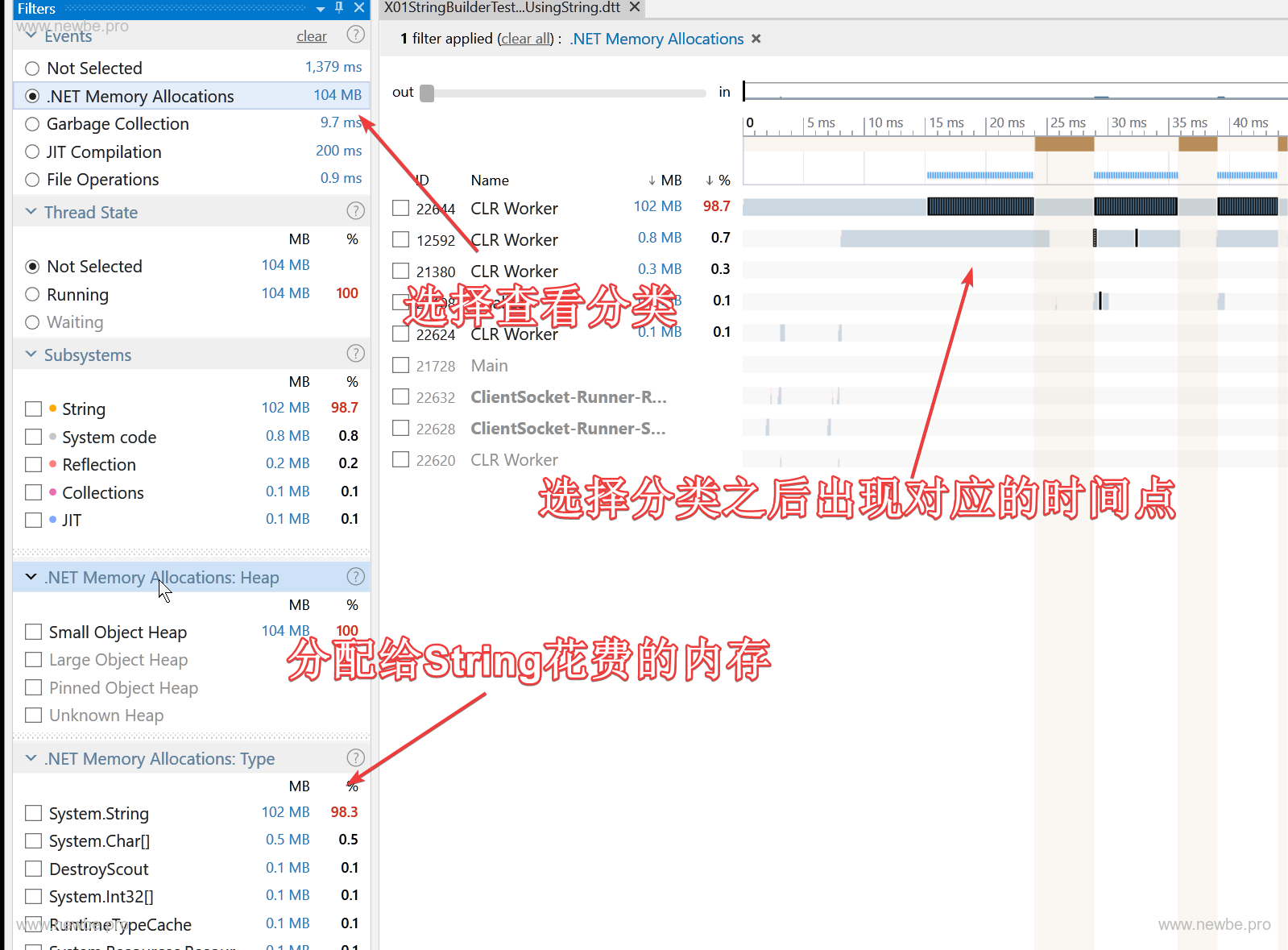 Based on the figure above, we can draw the following conclusions：

Tip： Timeline shows longer running times than normal testing because of the additional consumption of data that needs to be recorded during the profile process.

So we came to the first conclusion：using string for direct stitching does consume more memory allocation.

Next, let's go ahead and look at the report on the UsingStringBuilder method, as shown：

Based on the figure above, we can draw the second conclusion：Using StringBuilder can significantly reduce the memory consumed compared to string direct stitching.

Of course, the final conclusion we came to：that the interviewer was not fooling people.

What effect class and struct have on memory#

There are many differences between class and struct, and interview questions are frequent visitors.There is a difference in memory between the two.

So let's take a test to see the difference.

Following the basic steps provided in the last section, we compare the reports generated by the two methods. 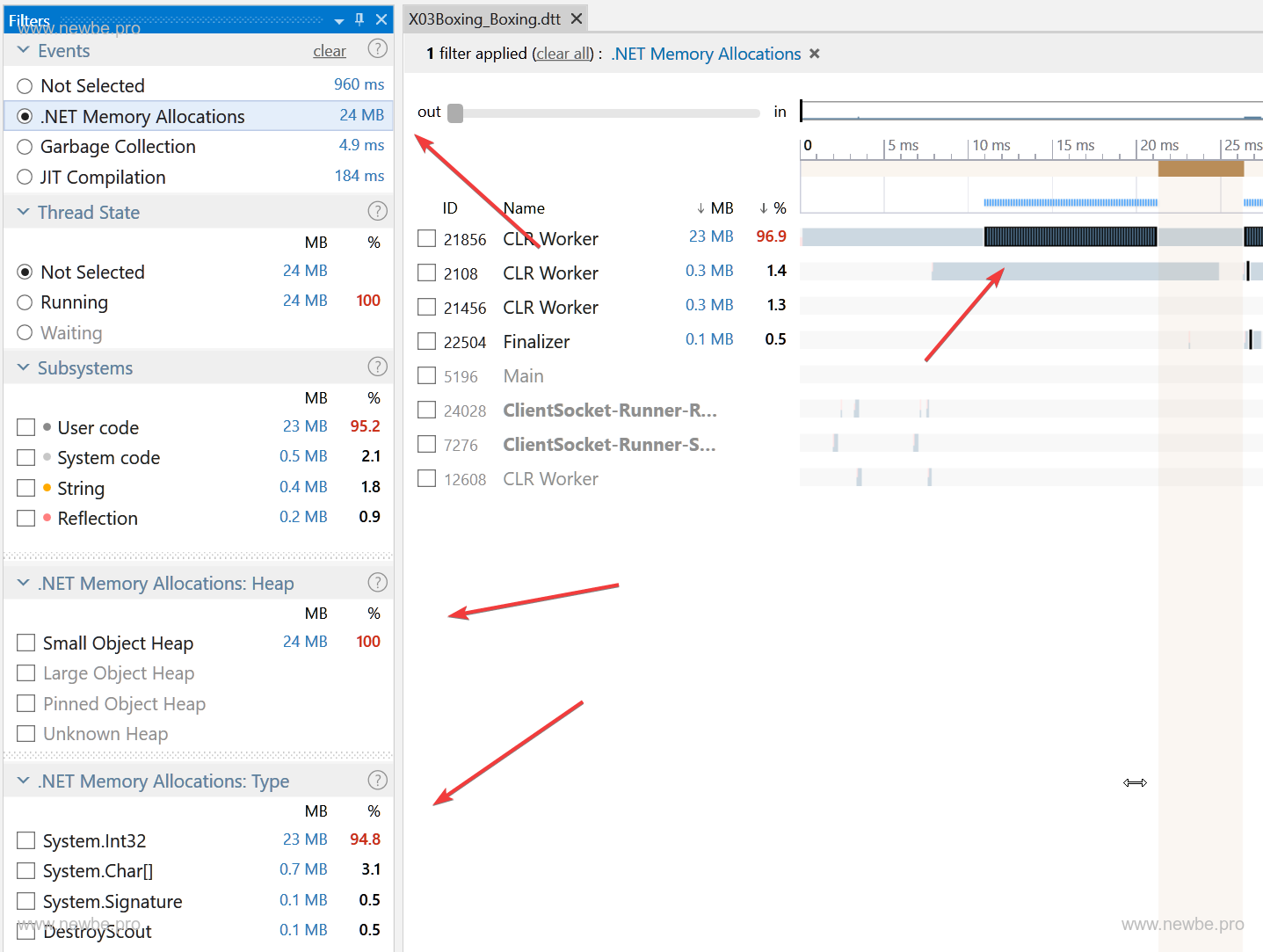 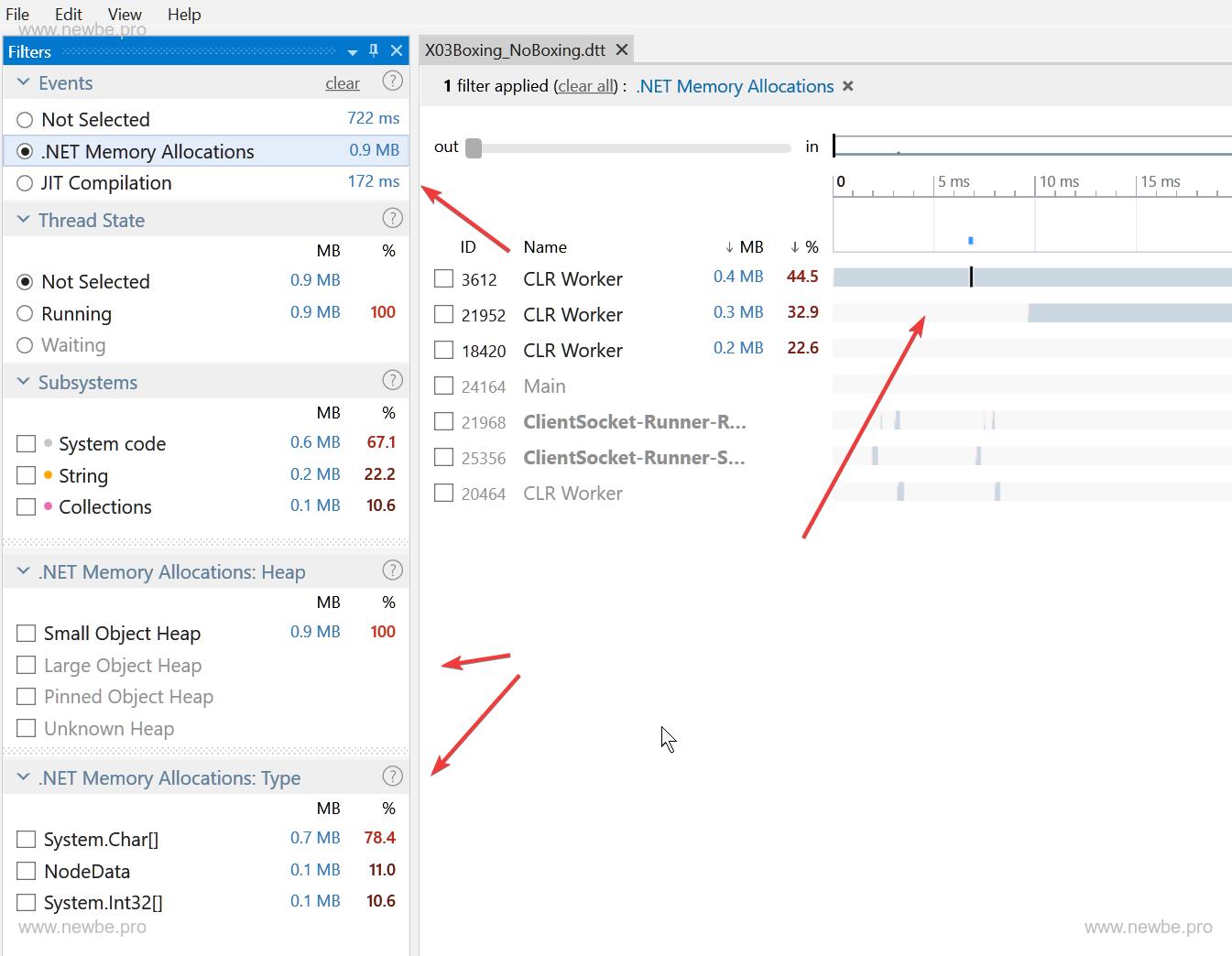 What's the difference between Thread.Sleep and Task.Delay?#

Classic interview question X4, come on, on the code, on the report!

Does blocking a large number of Tasks really cause your app to stay motionless?#

With the conclusion of the next step, the author came up with a bold idea.We all know that threads are limited, so what if you start a lot of Thread.Sleep or Task.Delay?

Here is no post report, readers can try this test, you can also write the content of the report in the comments of this article to participate in the discussion

Sometimes we need to call a method dynamically.The most well-known way is to use reflection.

However, this is also a relatively time-consuming way to be known.

Here, the author provides an idea of using expression tree creation delegates instead of reflection to improve efficiency.

So, has there been a reduction in time consumption?Good report, I can talk myself. 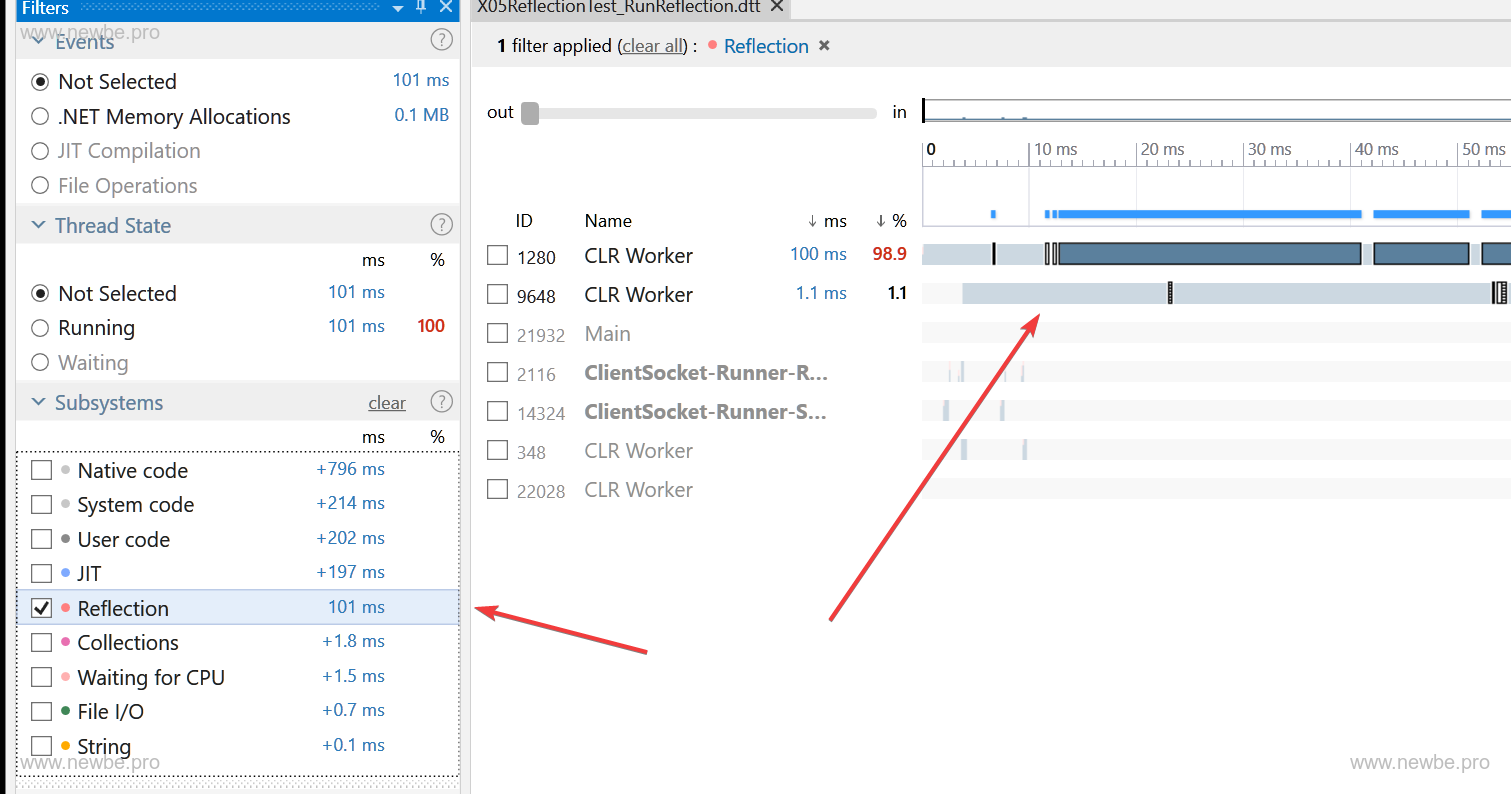 RunExpression, which compiles a delegate using an expression tree.

Use dotTrace to see how much memory and time the method consumes.The content presented in this article is only a small part of it.Developers can try to get started, which can be beneficial.