Children make choices, adults all want.So let's take a look at how to get a free 8-core 4G docker experimental platform server.

Open thehttps://labs.play-with-docker.com/to access the Play With Docker platform. Sign up for a DockerHub account and you can access this site and easily get an 8-core 4G public network server. Let's take a look at how to use this server for some Docker operations.

In this example, we deploy an nginx and expose the service to a public network address.

This step is very simple, with little explanation, and once the successful creation is complete, you can see the interface shown below.

By running the following command, you can pull the latest nginx image.

Pull is very fast because this instance node is deployed abroad, so you can download it very quickly without setting up a mirror.

By running the following command, you can start an nginx container

Once the deployment is complete, a new button appears automatically on the interface to indicate that the public network address can now be deployed successfully, as shown in the：

At the click of a button, you can access the nginx service in your browser that you have just deployed successfully.

If you generate a button, you can also click "OPEN PORT" to select an open port.

This is a demonstration system consisting of seven containers, with reference to the instructions ofTrain TicketIng System - Deployment, and running the following command to start a simulated train ticketing system：

Once the script is running, open port 10080 via OPEN PORT to view the train ticket simulation ticketing system that has just been deployed. 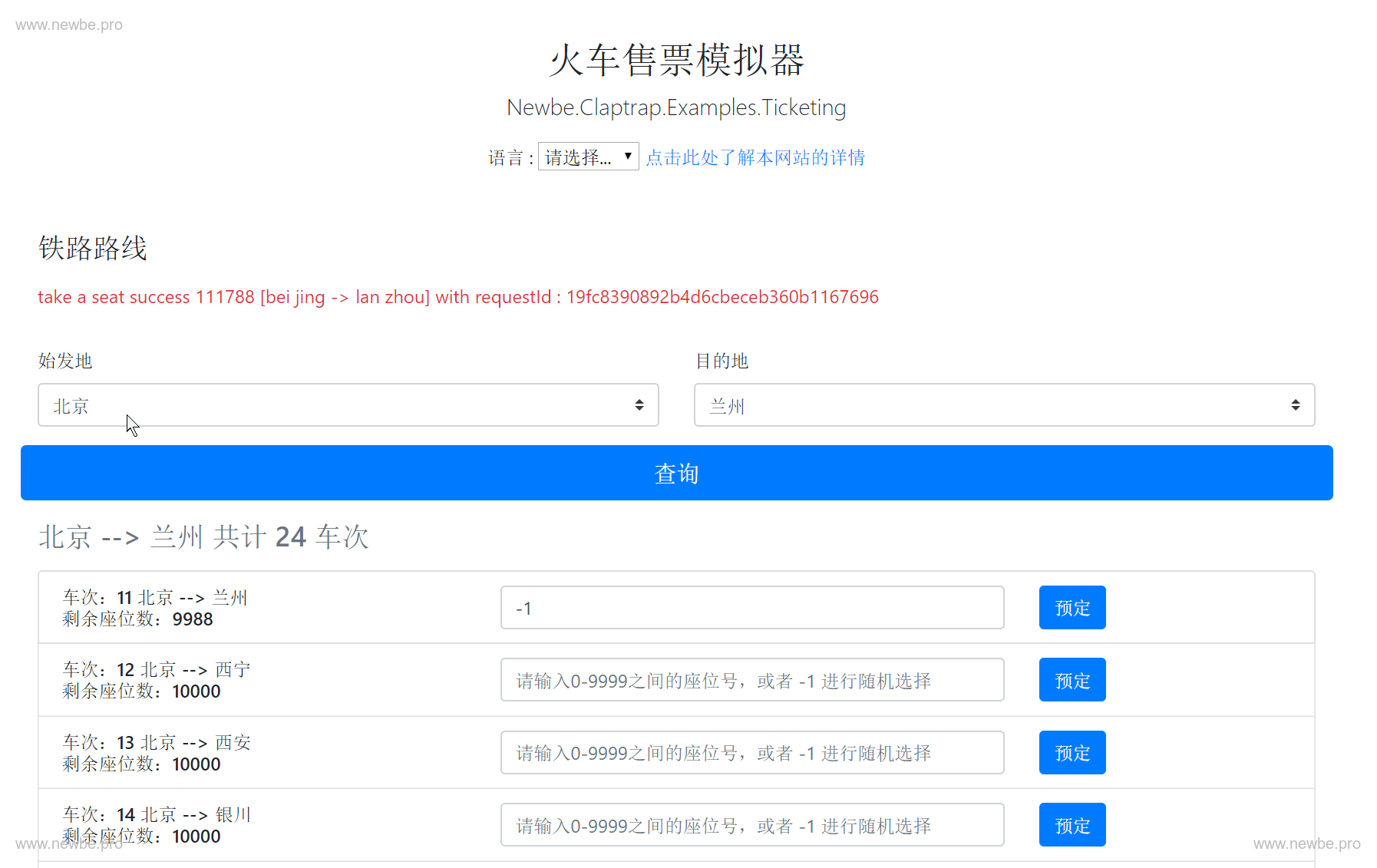